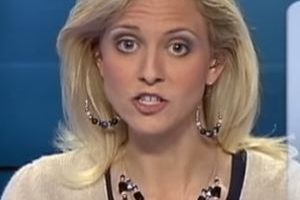 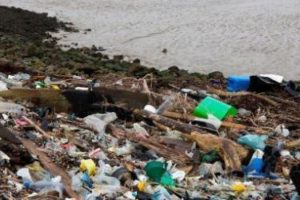 The European Commission proposed the rules to member countries and the European Parliament on Monday.
The commission says less than 30 percent of plastic waste is recycled.
Products made of the material make up 85 percent of the garbage found in oceans.

The proposal says single-use plastic products, including straws, forks, and plates, should be banned.
It calls for use of paper and other materials as replacements.
In January, the EU announced a plan to make all plastic packaging recyclable by 2030.

The U.S. is moving in the same direction.
The state of California and New York City are considering bans on plastic straws at restaurants and cafes.

END_OF_DOCUMENT_TOKEN_TO_BE_REPLACED

In December of last year, a well-known American magazine retracted a major story. The story reported on a sexual attack at the University of Virginia. A student identified as “Jackie” told the reporter a group of students raped her at a fraternity party in 2012. But the magazine later said the story was not true.

Reactions to the rape story

The story was called “A Rape on Campus: A Brutal Assault and Struggle for Justice at UVA.” Rolling Stone magazine published it in November 2015. Reporter Sabrina Rubin Erdely wrote the report.

It received a lot of interest. Other magazines, newspapers and blogs followed with more stories about sexual attacks. The media also discussed other issues related to the report, such as alcohol abuse at colleges and social pressure from student groups. Women’s groups and others protested against the actions the report described.

Following the Rolling Stone report, Teresa Sullivan, the president of University of Virginia, suspended all activities on campus related to fraternities and sororities. And, she asked the police department to investigate the rape incident.

But within a week of the report’s publication, Richard Bradley, an author and an editor, raised a question: is the Rolling Stone story true? He asked why the reporter did not interview the victim’s friends or the accused rapists.

On December 5, The Washington Post raised more questions about the story. The Post said there was no party on the day of the reported sexual attack, and even Jackie’s friends questioned her story.

Publications rarely retract a story; admitting a story is false can seriously damage a publication’s reputation. Rolling Stone owner Jann Wenner wanted to learn what mistakes were made in reporting and publishing the story and how to avoid them in the future. So, he asked experts at the Columbia Journalism Review, or CJR, to investigate.

“Rolling Stone’s Investigation: A Failure That Was Avoidable” was released April 5. Columbia journalism professor Sheila Coronel wrote the piece along with Steve Coll, the Dean of the school’s journalism department, and Derek Kravitz, a researcher at Columbia Journalism School.

What did CJR find?

The investigators’ findings were simple. They wrote that the reporter, Sabrina Rubin Erdely, made one major mistake. She based her whole story on information from a single person, the woman who said she was raped.

However, she did partly identify the reported attackers as members of the Phi Kappa Psi fraternity. Ms. Erdely wrote that the attack took place during a party at the fraternity’s house on campus. And, Ms. Erdely did seek a comment from the fraternity.

But the CJR report says the reporter provided the fraternity very little information about Jackie’s claims or any details of the story. As a result, the fraternity was not able to provide very helpful information.

Why did a good reporter make such basic mistakes? Ms. Erdely told the CJR team that she became too sensitive, or sympathetic, to the subject of her story. She said she believed Jackie’s story. She said Jackie was unwilling to provide names and claimed to be frightened for her life.

But Ms. Erdely also said she was worried Jackie would withdraw from the story if Ms. Erdely asked too much for additional information.

CJR’s Sheila Coronel said that concern was a major failing on Sabrina Rubin Erdely’s part. Journalists have to be able to break with a subject if they cannot responsibly report on it.

Last month, police ended their investigation of the reported rape. They said they did not find any evidence of an attack at the fraternity house, nor of a party on the day claimed in the report, nor of a member described as the leader of the attack.

Phi Kappa Psi fraternity says it will take legal action against Rolling Stone for what it calls “reckless” – or, irresponsible – reporting. A fraternity statement also says the group worries that the whole incident might lead some rape victims to fear reporting real attacks.

Like the original piece, “A Rape on Campus: A Brutal Assault and Struggle for Justice at UVA,” the CJR investigation has led to much public discussion. This time the subject is journalism and the responsibility it carries.

Caty Weaver wrote this report. Hai Do and Kelly Jean Kelly were the editors.

Words in This Story

retracted – v. said something you said or wrote is not true or correct

fraternity – n. an organization of male students at a U.S. college

sorority – n. an organization of female students at a U.S. college

confirmation – n. proof which shows that something is true or correct

sensitive – adj. aware of and understanding the feelings of other people

2021年2月19日
How to Order Food at a Restaurant in English